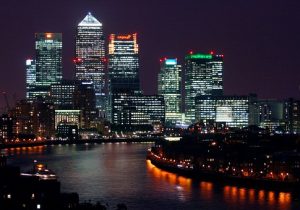 There is nothing quite as fun as celebrating your birthday with games at one of London’s best activity bars, mainly because:

The following are Londons best activity bars that allow you to do just that.

The bowling is excellent, especially when combined with a 1950’s vibe, non-sweaty shoes, cocktails, and a genuine American diner that serves everything from chargrilled prime beef sakes to Mississippi corn dipped fish finger sandwiches. In addition, there are private karaoke booths, for you know, just in case, you decide to accidentally on purpose get drunk.

There is also Bloomsbury Bowling Lanes that you can check out. It has a similar retro vibe and you can book as many as 8 lanes at the same time.

This basement cocktail bar offers a simple menu featuring traditional Provencal snacks along with a wide range of the region’s pastis and anise-flavoured aperitif. There is also an indoor gravelled petanque court. The aim is throwing hollow metal balls as near as you can to a small wooden ball.

Numbers – There is just one lane, so it is probably best for you to cap your group to around 8 unless you are wanting to play in rounds.

This whisky bar offers more than 200 varieties, along with bottle house cocktails and a variety of bar snacks such as haggis pops. However, the best thing of all is the two virtual shooting ranges that stretch down the middle – along with a tweed-heavy dress up box – which lets you take your shot at a variety of simulated game such as wild boar, grouse, and deer.

An adequate summary of Bark Kick would be “Shoreditch royalty.” Then again, you could also describe it as a “rambunctious, bustling football-inspired bar that offers a wide-ranging menu of cheese and charcuterie, epicurean sandwiches, wine, beer, and cocktails and – most important of all – foosball tournaments.”

Numbers: Groups of 10-35 people can reserve areas that have 1 or 2 foosball tables.

Here is a brief history of the game of shuffleboard:

Invented during the early 1500s in England. Its popularity spread after Henry VIII played the game. It became so incredibly addictive that people actually stopped working. Therefore, the government banned it in 1542.

However, it is back now.

In addition, the individuals who are brazenly putting our economy at risk by re-introducing this illicit pastime onto an innocent public is The London Shuffle Club. They have tried and tested this concept with long-term pop-ups and having determined that the public is still very keen on playing shuffleboard – have now settled into a two-level permanent home in Shoreditch.

A board game cafe that is partially crowded-funded and located in the archways under Waterloo station and the heart of Hackney, it stocks over 500 games and a small choice of local craft beers, wines, ciders, and ales in addition to homemade baked goods.

Numbers: Up to 8 individuals can be booked, which is about as many players as can be squeezed around most board games.

Bounce is set in a Russell Sage-designed 12,000 square foot space in Holburn. It offers a raised restaurant that overlooks all of the action, a DJ booth, a 40-foot bar that serves seasonally-inspired drinks, and 17 ping-pong tables. In summary, if you thought table tennis was a bast before all your friends, music and cocktails were added – which it absolutely was – then Bounce has pulled off the practically impossible and made this an even better experience.

Numbers – anywhere from 2 individuals up to about 500. An entire room or tables can be booked.

Baby Foot offers unique and customised playing to ensure longevity in its creations and games. Nothing looks, feels and most importantly plays like a genuine Bonzini Babyfoot. Every detail of the table has been refined and improved to make sure that its playing performance is unrivalled.

The global COVID-19 (Coronavirus) pandemic has been both advantageous and disadvantageous for the many corporations operating within the Milking Machine sector. Research published regarding the … END_OF_DOCUMENT_TOKEN_TO_BE_REPLACED

Bioconjugation: What Is It? It is a chemical technique that’s used to couple two different molecules together with one being a biomolecule like a protein, carbohydrate, or nucleic acid. Of these, … END_OF_DOCUMENT_TOKEN_TO_BE_REPLACED