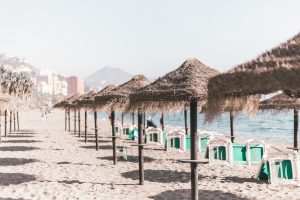 Culture loving holiday goers will be happy to explore Malaga for at least two or three days. The vast, sandy beaches mean you can wear your beachwear from Coco Bay while you are there! Whilst the culture-rich city centre is home to Roman and Phoenician vestiges that reminds one of Malaga’s Moorish heritage. There are also some impressive Baroque churches and modern architectural gems. In addition, the numerous art galleries and museums seem to spring up like mushrooms, turning Malaga into one of the most important cultural hubs in Spain.

Here’s where you need to go to see some of Picasso’s works dating from the late 19th century until the death of the artist in 1973. This museum is located in the Palacio de Buenavista, only a short walk away from Plaza de la Merced and from the house where Picasso was born. This house is also a museum. Most of the time, there are at least three temporary exhibitions running. There’s also a shop and a cafe.

Bonus tip: Buy your tickets online before you go, as that’s the only way to avoid an annoying queue.

The construction of this cathedral began in the 16th century, but it was never finished. One of its towers is still to be completed, hence it’s odd appearance. The construction of the cathedral took a very long time. This explains the mix of architectural elements from different ages such as Gothic, Baroque, and Renaissance. If you enter the cathedral, you’ll see the two organs dating from the 18th century, a painting by Alonso Cano, and a sculpture by Pedro de Mena.

Bonus tip: Go to Palacio Episcopal to buy tickets for the guided tour of the cathedral’s rooftops. You’ll surely enjoy the city-centre views and the steep ascent.

Visit the Most Important Museum in Andalucia

This Malaga museum is home to an impressive archeological and fine art collection. It counts over two thousand archeology artefacts such as Moorish ceramics, Roman statues, ancient masks and countless artworks created by Malaga’s best artists.

Bonus tip: Don’t focus solely on the exhibitions: take a closer look at the roof, with its 6,000 tiles that boast engravings of Malaga. The courtyard with its huge palm trees is also worth exploring.

Take a Glimpse into the Moorish Culture and History

Alcazaba de Malaga sits on top of Mount Gibralfaro, overlooking the harbour and the city. This perfectly preserved citadel is an excellent example of the Moorish style. Although the origins of the Alcazaba are Roman, the fortress was built by Moorish rulers who also used it as their palace. While here, consider visiting the archeological museum to see some Roman and Moorish ceramics.

Bonus tip: If you can’t climb the steep hill to get to the entrance of Alcazaba, take the lift up from the city centre. The lift is nearby the Ayuntamiento, on Calle Guillen Sotelo.

Malaga’s Mercado Central is one of the main tourist attractions, so make sure you don’t miss it. The wrought iron building is impressive in itself, but the food you’ll find inside is nothing short of amazing. The jamon, the plump fish, the fresh fruit and vegetables are waiting for you to taste them. This can be the perfect place to enjoy some fresh fish grilled to order, and some delicious tapas.

Bonus tip: Very few visitors actually notice the 14th century Moorish arch of the southern facade. Built for Yusuf I of Granada, this arch served as the gateway between the port and the city. It is a beautiful piece of architecture and one of the best-preserved monuments in this city.

The global COVID-19 (Coronavirus) pandemic has been both advantageous and disadvantageous for the many corporations operating within the Milking Machine sector. Research published regarding the … END_OF_DOCUMENT_TOKEN_TO_BE_REPLACED

Bioconjugation: What Is It? It is a chemical technique that’s used to couple two different molecules together with one being a biomolecule like a protein, carbohydrate, or nucleic acid. Of these, … END_OF_DOCUMENT_TOKEN_TO_BE_REPLACED