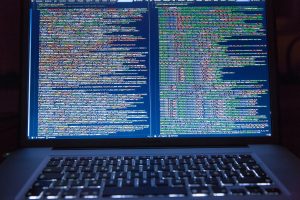 The European Parliament was involved in the most contentious and biggest overhaul of copyright legislation in over 20 years. When these changes go into effect it will be by far the largest change in internet regulations since GDPR.

Sweeping Changes in Copyright Law was Approved By MEPs

Articles 11 and 13 are among the most controversial clauses of the copyright changes and they have been the root cause of vigorous battles between online activists, corporate lobbyists, and groups that are concerned with freedom of expression. Some are asking if they will still be able to upload content online.

What Will These Changes Mean for the Internet?

Those involved with the legislation say that people will still be able to upload content but firms like Google will automatically remove much more of that content than they currently do. Facebook and YouTube already remove videos and music that are believed to be copyrighted. YouTube routinely scans uploads and compares them with a database of files they have gathered from content owners and creators to help block the monetisation of that material. Once the new legislation goes into effect those type of companies can be held more liable if copyrighted content is found on those platforms.

The Big Tech Firms are, of Course, Against this Move

Many of the big companies that will be impacted by this legislation say that it is unrealistic and that the systems that already exist pay artists fairly. YouTube has said that EU based users might be totally cut off from the videos. That might be the only solution the big tech companies have.

Who Else is Against the Changes?

Lots of others are campaigning on the argument that the directive will be harmful and suppress free expression on the internet. This is because they feel the only way it will be possible to guarantee compliance is by blocking user-generated content anytime it references copyrighted material in any way. This includes remixes, simple quotes, and criticism.

Some feel that this law might actually help big tech companies and hurt smaller ones. This is because they may be the only ones with enough resources to fully comply with regulations. The others wouldn’t want to risk being liable. Trident Assurance Services and similar groups can help smaller companies with data protection, however, so there may be possible solutions.

Does it Affect Online News?

Article 13 has legislation that impacts tech companies with regard to user-generated content. Article 11 delves into sharing news articles. There are publishers that are saying this legislation is making it more difficult for legitimate news organisations to fund quality journalism. They feel that technology firms that monetise the shared news should have to pay their share.

Some are saying that memes could be banned under this legislation. This is because of the strong wording against uploading copyrighted material without appropriate permission. A great deal of the shareable content depends on scenes from movies and TV.

There were some tweaks made to protect content for criticism, quotation, caricature, review, and parody. Some say the protection, however, is nearly impossible to uphold because there is no filter that can determine if a particular upload was a parody or an infringement.

When Will this New Legislation Go into Effect?

States within the EU will need to implement the new rules within 2 years from the date it passes in the European Council. This will likely be May or June of this year. The UK will be able to decide if it wants to participate in the new rules since it has left the EU. It is still likely that they will follow Europe’s lead on the matter.

The global COVID-19 (Coronavirus) pandemic has been both advantageous and disadvantageous for the many corporations operating within the Milking Machine sector. Research published regarding the … END_OF_DOCUMENT_TOKEN_TO_BE_REPLACED

Bioconjugation: What Is It? It is a chemical technique that’s used to couple two different molecules together with one being a biomolecule like a protein, carbohydrate, or nucleic acid. Of these, … END_OF_DOCUMENT_TOKEN_TO_BE_REPLACED