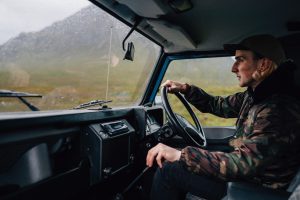 Due to significant research, it was found that approximately 500,000 HGV drivers have been known to be suffering from chronic work-related anxiety, depression and stress as of 2015-2016. Times have changed and the previously stated numbers are increasing drastically. And there’s currently 30% of the industry suffering from illnesses related to their jobs in the logistics and transport industry. All of which are reported on the count of severe anxiety, stress and depression.

However, the mental health stigma kicks in easily and workers feel as though they are forced to come up with various other excuses for stress related day offs and statistics show that a whopping 95% feel this way. Additionally, roughly 22% of all workers have already found out that they do indeed suffer from mental health issues. However, most of them have decided to keep this strictly confidential and not disclose it to their employer.

Why is Mental Health Important?

For many years, discussing mental health has always been considered taboo. And most if not all those suffering felt and still feel that they can’t exactly talk about it even though they are struggling on a daily basis. However, this has changed a great deal and now persons can safely have discussions on their mental health with a positive effect. It should of course be noted that without the proper care and even conversation, HGV can very well lose a huge number of its highly trained drivers.

And since all has been brought to light, the logistics industry within the UK now spends £100 billion when it comes to combating mental health issues among its employees. All of this still doesn’t change the fact that HGV drivers are still faced with many daily challenges because of their job. These being tight deadlines, night shifts, endless traffic, somewhat difficult working hours, and of course physical and mental fatigue which come as a result of the job and they go on to play a number of serious roles within the home and work environment. Due to the constraints attached to this job, most of its employees aren’t exactly able to exercise on a regular and even destress.

Additionally, due to the division created as a result of gender, most men aren’t typically going to say a word about their mental health. However, most women have been known to suffer themselves and stay silent. And while every industry is faced with the issue of mental health, those within the transport sector feel it more since they are typically always faced with isolation. Studies have shown that isolation only does worse in comparison than good and it significantly increases all the symptoms associated.

Over the years, there have been an increase in the number of cases that revolve around loneliness being the biggest mental health issue faced by drivers. This only makes it harder on them since they are away from their family and loved ones for a significant period of time. Whether its days at a time or much more, and for most of them, it is taking quite a great deal from their social lives; and many have reported feeling as though they don’t even have a life to begin with. This is the kind of thing they don’t teach you during your Surrey and Hampshire HGV Training.

How Can You Help?

If you’re interested in ensuring that your own mental health and those around you increase and be prioritised in some way, we have some very insightful tips for you.

Firstly, you need to just start talking about it! And this is one of the most useful pieces of advice that anyone can receive because this is what makes the difference. When you have open discussions about it, you and others involved can take the right steps to resolve the issue. And this goes no matter your gender, because in the end only you can truly take the best care of yourself.

However, you shouldn’t try to face mental health on your own because this is a known indication of unnecessary suffering. So, be sure to inform your higher-ups or even trusted co-workers and be sure to indicate what you think you personally need to attain better mental health. And with all of that said, be sure to treasure and make the most of your family time.

Even though you may not get the desired family time, simply make the most of what you do get. And not only you but your entire family will also benefit. Remember, when it comes to children, they remember the quality time spent!

The global COVID-19 (Coronavirus) pandemic has been both advantageous and disadvantageous for the many corporations operating within the Milking Machine sector. Research published regarding the … END_OF_DOCUMENT_TOKEN_TO_BE_REPLACED

Bioconjugation: What Is It? It is a chemical technique that’s used to couple two different molecules together with one being a biomolecule like a protein, carbohydrate, or nucleic acid. Of these, … END_OF_DOCUMENT_TOKEN_TO_BE_REPLACED