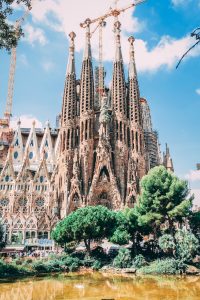 Malaga is a good place for culture travellers to add to their bucket list. After the Benidorm booze cruise and other attractions, it’s nice to experience a more cultured city. The centre of the city boasts many vestiges of Phoenician and Roman civilisations, the Moorish heritage is still obvious in many architecture details, and Baroque churches are nothing short of amazing. Furthermore, the numerous museums and art galleries are as many reasons to put Malaga on the world’s list of cultural hubs.

The Picasso Museum and Memorial House

Museo Picasso Malaga is the place to go if you want to see the artist’s earliest work. The museum is in Palacio de Buenavista, in the close neighbourhood of Plaza de Merced and of the house where Picasso was born. There are at least three temporary exhibitions running at any time, as well as a cafe and a shop.

Tip from a local: Buy your ticket online to avoid the queue and to enjoy your visit to the full.

The construction of this cathedral started in the 16th century, on a site where Malaga’s main mosque once was. Unfortunately, one of the cathedral’s towers has never been completed, making the building look a bit odd. Due to the very long period of construction, the building is a mix of elements belonging to different architectural styles such as Gothic, Baroque, and Renaissance. This doesn’t make it less charming, though. The interior is also fascinating, with its carved choir stalls and art works of famous local artists.

Tip from a local: Take a guided tour of the domed rooftops, as the city-centre views are truly stunning. You’ll need to buy your tickets for the guided tour from the Palacio Episcopal. Check out the opening hours, as they may vary throughout the year.

Malaga has an impressive archeology and fine arts museum, which is located in a refurbished 18th-century customs building. There are about 2,000 archeological pieces here, so you’ll have the chance to see Roman marble figures, Moorish ceramics, and even a sixth-century mask. The art collection boasts an impressive array of fine art works created by various local artists.

Tip from a local: Steer your eyes away from the exhibitions for a while to look at the magnificent ceiling of this building. There are about 6,000 tiles decorated with engravings of Malaga waiting for you to notice them. The courtyard is also a must-see, with its very tall palm trees.

Take a Glimpse into the Moorish History

Alcazaba de Malaga is an extremely well-reserved fortress, which is also a museum. It is one of the hallmarks of this region’s Moorish heritage. In spite of its Roman origins, the Alcazaba was erected in the 11th century by Moorish rulers who needed both a fortress and a palace to live in. The archeological museum inside the Alcazaba is also worth a visit.

Tip from a local: If you don’t want to climb the hill up to the top, you can take the lift up from Calle Guillen Sotelo. The lift entrance is nearby the Ayuntamiento.

Enjoy Some of Malaga’s Tastiest Foods

The Mercado Central (main market) is the place to visit if you want to see how fresh food looks like. Here you’ll find piles of fresh vegetables, fruit, plump fish, and delicious ham. Take your time, sit at a table and have some tapas or some grilled fish, just like locals do.

Tip from a local: Most people overlook a very important architectural detail – the southern facade, with its Moorish arch dating from the 14th century. Built by Yusuf I of Granada, this arch was once the gateway between the port and the city

The global COVID-19 (Coronavirus) pandemic has been both advantageous and disadvantageous for the many corporations operating within the Milking Machine sector. Research published regarding the … END_OF_DOCUMENT_TOKEN_TO_BE_REPLACED

Bioconjugation: What Is It? It is a chemical technique that’s used to couple two different molecules together with one being a biomolecule like a protein, carbohydrate, or nucleic acid. Of these, … END_OF_DOCUMENT_TOKEN_TO_BE_REPLACED